Why this project is important?

NASA and other governmental agencies (such as DARPA) have supported robotics research for decades, resulting in exciting advances and incredible demonstrations—but it is difficult to adapt robotics software in response to unknown environmental changes (e.g., severe weather change or radiation change in space). The underlying problem is the limited degree of autonomy to react to unexpected environmental changes in a timely fashion, requiring human operators on Earth to devise a plan to execute based on data that had been transmitted from the robot to Earth, transmit it to the robot in space, and hope that execution of the plan proceeds as expected and more importantly, this communication is limited (e.g., few times per day). Corrections to these plans, or reactions to unexpected circumstances, could only happen after the data describing the current situation had been transmitted back to Earth and analyzed. High-latency communications associated with remote robot operations in space are cumbersome, delay mission completion, and increases the danger of rendering robots unusable.

What we plan to do?

RASPBERRY SI (Resource Adaptive Software Purpose-Built for Extraordinary Robotic Research Yields - Science Instruments) enable science instruments to autonomously adapt space lander and instrument software (and therefore its behaviors and actions) in response to newly discovered data on the planetary surface. The aim of this project is to increase the autonomy of a mission on the surface of another planet without the need for round-trip control data for human supervision. We also aim to increase the autonomy of the spacecraft in unknown and uncertain environments. This project will also increase the speed of scientific exploration via accurate task prioritization and also by reducing the number of interruptions in missions required by dynamically and carefully adapting to environmental and system changes during operation. We will demonstrate the effectiveness of our methods by deploying and optimizing state-of-the-art machine learning on the NASA testbed. This technology will enable learning-based autonomous planning and adaptation.

Why we are so excited about this project?

We (a team of scientists from USC, CMU, York, UArk, NASA JPL/Ames/GRC) aim to develop technologies in AI and Autonomy to be used in the Europa and other Ocean Worlds missions. This is a once in a lifetime chance to make a difference. Thanks, NASA, for giving us this opportunity! 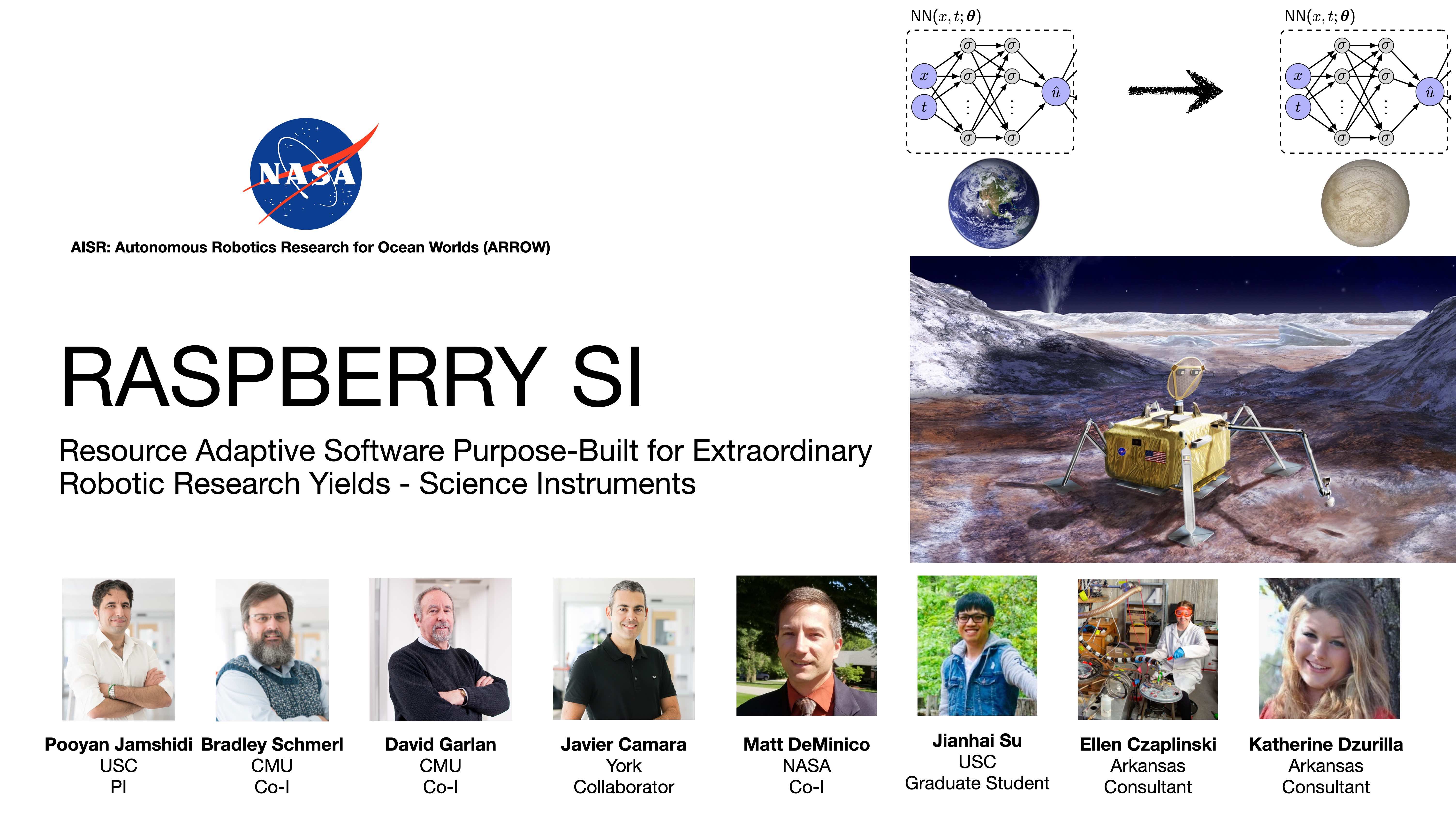